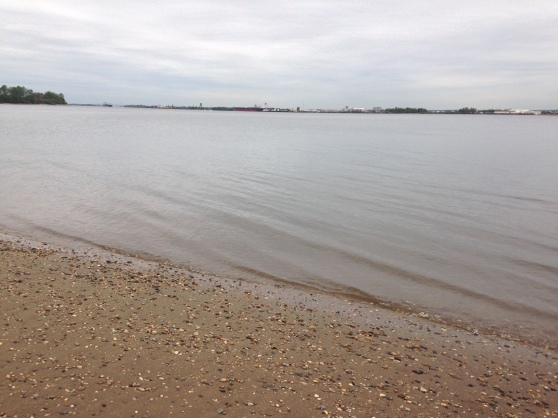 “To any one who, for the first time, sees a great stretch of sandy shore covered with innumerable ridges and furrows, as if combed with a giant comb, a dozen questions must immediately present themselves. How do these ripples form? Are they made and wiped out with every tide, or do they take a long time to grow, and last for many tides? What is the relation between the ripple and the waves to which they owe their existence? And a host of others too numerous to mention.

The questions to which I particularly directed my attention at first were the following:—(1) How do the ripples first start? (2) What is the relation between the water waves and the ripples? “

“Errors are notoriously hard to kill. But an error that ascribes to a man what was actually the work of a woman has more lives than a cat.”

–From Hertha Ayrton’s letter to an editor after journalists attributed the discovery of radium to Pierre Curie, rather than Marie Curie

She stood looking at the ripples on the shore

gazing and wondering, she continued to observe

writing a paper that she read before the Royal Society of London,

the first woman to do so.

In 1906, they awarded her the Hughes Medal for her work on sand ripples and electric arcs—though they would not admit her, a married woman,

She applies her observations to air currents,

inventing a fan to rid WWI trenches of poisonous gases,

one of her twenty-six patented inventions

She was befriended and mentored by women

who helped pay for her education and took her to women’s suffrage meetings.

In turn, she was a friend to other women, working to establish

their right to vote, to receive an education.

Her step-daughter later a wrote a novel about suffragettes,

a woman scientist was its heroine.

Her daughter became a Labour MP.

I watch them on an ordinary day,

a day of working out at the gym

a day of thinking and writing

I think about the ripples we create,

the smile given to a stranger that might make her day,

the poem written and read by someone, bringing joy,

Who knows where they will lead?

I think such things form a different type

random ripples from every action we take.

I think that though there is something to be said

for making every moment count,

it is also important to just be,

to take time to watch the waves

to watch the ripples that they leave in the sand,

to observe the moments in our lives,

to think about the ripples they make,

over a century ago

And I, looking at a Google Doodle

and realize that sometimes the ordinary can be inspirational

and the observations of an extraordinary woman can ripple

Hertha Marks Aryton (1854-1923) was the subject of a Google Doodle a few days ago. You can read about her here and here.

And the entire paper is here.

32 thoughts on “Ripples on an Ordinary Day”