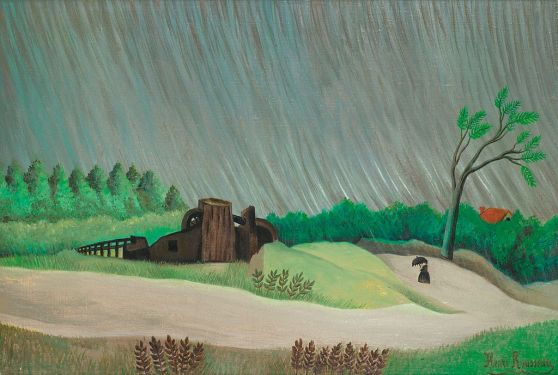 Juliette trudged up the hill in the rain. Day was turning to night, and she wanted to make certain her beloved boy made it home safely from the mill. Henri was only twelve and small for his age; Juliette worried about him. Though he made little working at the mill, it was enough to help the family a bit. He had not complained about having to leave school, though he loved his books.

Henri is a good boy, she thought, fondly recalling the way he gently teased her. Maybe he’ll tell me a new joke tonight.

She pictured the family sitting around the dinner table, eating the stew she had left simmering at home. She knew Henri would appreciate it. He was a growing boy, after all.

She continued walking and musing about him, as she did every day at this time. As she had been doing every day for fifteen years, since the mill had been destroyed in a fire. Her Henri would not be tasting her stew tonight–or any night. He would never again tease her in his quiet way. But he lived still in Juliette’s mind and dreams, forever a boy of twelve.

This story is in response to Jane Dougherty’s microfiction challenge . The prompt is the above painting by Henri Rousseau.( I can’t find any information about it.) Also, the word “abandon.”