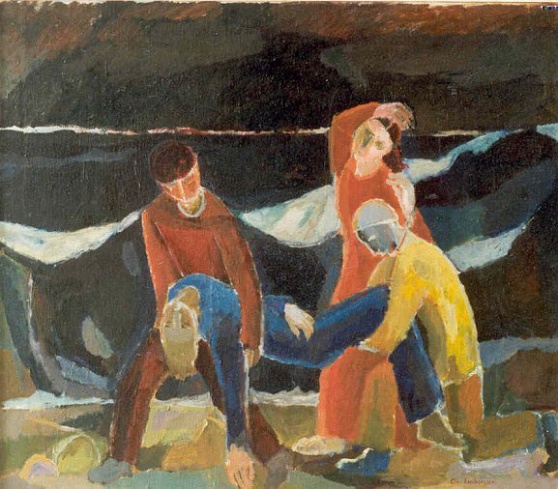 Stefan Danielsen prided himself on his investigative skills and objectivity, and those skills had won him acclaim as a journalist. So here he was, huddled behind a rock– because he had been intrigued by the rumors he’d heard about this remote Norwegian lake. Now he wondered why he was wasting his time. Of course, there was nothing here.

God, it was cold. Winter came early this far north. He wondered if he could risk lighting a cigarette.

An icy touch on the back of his neck. Get a grip, Danielsen, he thought to himself. It’s the wind.

He thought he heard music, a tune in a minor key. It seemed both familiar and unknown. Don’t be ridiculous, he told himself. It’s just the wind.

Wait till I tell Ove about this. He imagined how Ove, his little brother, would tease him for being frightened by shadows and wind.

It was close to midnight. He rubbed his eyes, blinked, as silhouetted figures appeared on the shore; men and women dancing slowly to that minor tune. Yes, the same music he thought he had heard earlier.

Who were they? He fumbled for his camera, as the tempo of the music increased, and the dancers twirled faster and faster. They called to him, their siren voices somehow inside his head, drawing him in.

Spellbound, powerless, his body floated toward the circle. The Cimmerian figures held him, crooning, as they gyrated for seconds, minutes, hours. Time no longer had any meaning. His body was an empty shell. It would be found on the beach in the morning. His spirit, however, it would dance on that shore every night, in a circle, forever.

This story is for Jane Dougherty’s Writing Challenge.  The prompt was the painting above.

32 thoughts on “The Lake: Microfiction”