In someone else’s story

In someone else’s life

“People’s personalities, like buildings, have various facades, some pleasant to view, some not.”

On a sunny day–

spring in February thinking of May–

we stroll through sun and shadows

façades that hint of love inside

I wonder if it is—

and who they are–

wonder about their stories

All of the stories that have been lived

as the centuries turn

eighteenth to nineteenth and on

past and present merge 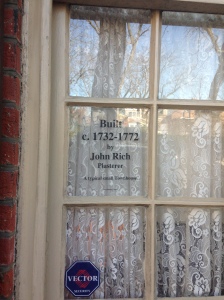 where beneath the surface

lie the remains of those

who once lived and breathed here

their breaths becoming part of the ecosystem

sometimes larger in death than they were in life.

did they wear their hearts openly—

or did they keep their feelings buried

behind a façade of smiling respectability?

I wonder how many had secret lives

yearnings that they could never admit?

closing doors—saying this is not allowed

we must not live that story,

In the quiet here, there is not silence.

Do their ghosts walk by my side here?

telling me their stories?

In the unquietness of this place,

filled with hundreds of stories

of birth, love, sorrow, and death

a living child with his mother screams in delight

what happens at night behind the gates? 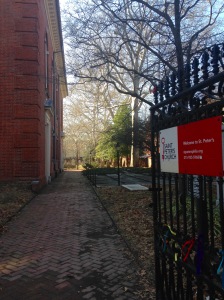 We wander back to the movie theater to see

there up on the screen

what does it matter that she was born a man

(we all have our façades)

but she was loved

and still is by her sister and friends

who doesn’t care about societal labels–

some do not treat this woman well

they threaten and humiliate her

but life and her story go on

because she is a fantastic woman

we talk and walk

to where fire recently destroyed part of a block

one will have to be demolished

the stories of these places–

the people who lived there now displaced–

and while we stand there

gazing at the devastation,

I get a text from a friend,

find out about her son’s illness—

the dangers of the invisible world

we don’t always see or know what is there–

(thankfully, it seems he will be okay)

and though this is someone else’s story

they are my friends,

so it becomes part of my story, too.

The next day, it turns cold again–

we turn the heat back on 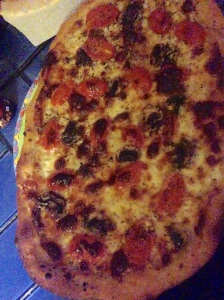 we text our daughters,

behind the walls of our house

this is our story,

and I don’t want someone else’s life.

A Fantastic Woman stars the fantastic Daniela Vega,  a trans woman (who also sings in the movie). The movie was made in Chile, and it is nominated for best foreign film. I keep thinking about it. See the trailer here.

The architecture of the fire-damaged buildings is described here.

22 thoughts on “Stories Beneath the Surface”