“But no man would sacrifice his honor for the one he loves.”

“It is a thing hundreds of thousands of women have done.”

“The instant passed so fast, and when that happens, it goes for good and all you have is a slow lifetime to speculate on revisions. Except time flows one way and drags us with it no matter how hard we paddle upstream.”

We go to a concert on a rainy night

but the lovely old theater is bright

with anticipation, as well as light–

though some songs take on a different meaning

now, when certain leaders are not so much leaning

but rather trampling rights to the ground—

of the music and the stories that she told

of how her life and memories unfold. 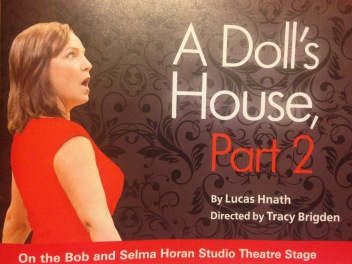 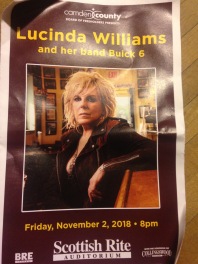 The next day we see a play

a sequel of sorts, though not in the way Ibsen would say

(if he did) after the door famously slammed.

(of course), and if we’re a bit frustrated

by the end result, that may be the intent

to think about what the characters underwent

as well as life for women then and marriage vows—

I think of all the women of the past

stuck in marriages, hoping to outlast

not much choice, forced to remain.

We walk and talk about the play 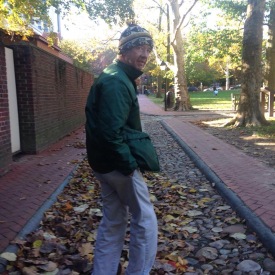 as the sun lowers on the day

we see weddings amidst the falling, fallen leaves 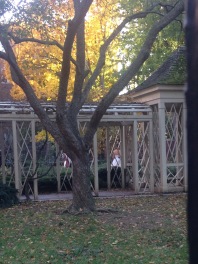 and I hope these couples face no final slamming door

except the one we all must face, till then, I hope they adore

one another, forever—and more.

But time flows on. . .or perhaps it circles from before. . .

I dreamt last night of flying through space

and time flowed, at an unmeasured pace

past glowing planets, circling round

bubbling with the sound

of joy and laughter—

a dream, real then, if not after.

and no one knows 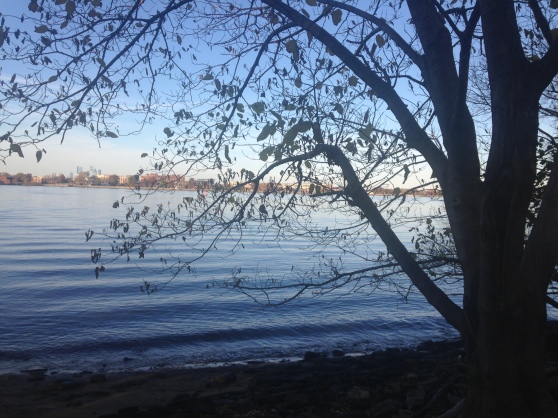 what the future will bring

even as to the past we cling,

what we can, hope for a day

banishing fear, hate, and all the whys

of evil—though this day will never arrive

we can still try to make kindness thrive.

In the U.S., we have mid-term elections. I’m hoping the party of hate, fear, and lies, gets sent a clear message that the majority do not want that. 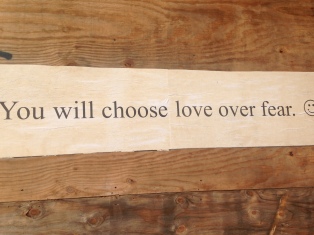 18 thoughts on “Open the Door to Light”

© Merril D. Smith and Yesterday and Today 2017. Unauthorized use and/or duplication of this material without express and written permission from this site’s author and/or owner is strictly prohibited. Excerpts and links may be used, provided that full and clear credit is given to Merril D. Smith and Yesterday and Today with appropriate and specific direction to the original content.
Follow Yesterday and today: Merril's historical musings on WordPress.com
%d bloggers like this: