“Art evokes the mystery without which the world would not exist.”

“Tell all the truth, but tell it slant—” 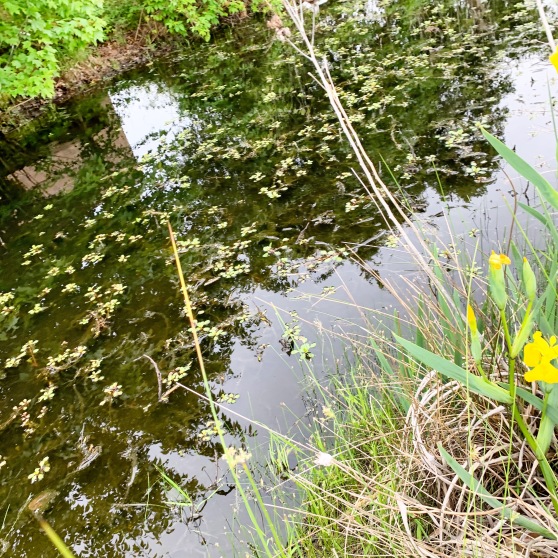 A portal beneath the water’s surface?

What lies beneath the surface–

the secrets and mysteries we carry within

our hearts and minds,

well, it can be a pleasant journey–

but what will happen?

Every story has a mystery—

truth and fiction both.

Between the beats of morning’s song

a small red bird is illuminated

against charcoal clouds it journeys on

then it disappears into the green canopy

but I am just a bit player,

and he is the same in mine,

a chance encounter with flyby beauty,

remembered for a time

as I ponder the mystery

and those at rest,

listen for the harmony

that is no longer there—or is it

all of a part?– life and love–

and the stardust drifting from space

to course through our veins.

The universe is full of secrets

that may devour you–

or surround you with magic—

either way, it remains a mystery

we don’t know what will happen

and then we move on– 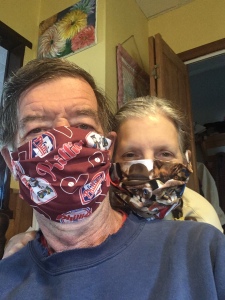 Today is Memorial Day here in the U.S. This holiday honors the memory of those who died in our various wars. Yesterday, the New York Times posted a frontpage memorial to those who have died in the current pandemic here in the U.S.—nearly 100,000 lost and counting. Among them, my mother, as well as the loved ones of some of you reading this. Here’s the interactive link.

Merril’s Movie Club: We watched four movies this week, and it struck me that idea that every story has a mystery (not a unique or profound thought, I know, but you work with you have, right?).  Frantz and The Half of It were the best of the four.

Frantz (2016) is such a Merril movie, that I wonder how we missed it. I’ve seen both the leads in other movies since, and they are excellent, especially Paula Beer, who plays a young German woman whose fiancé was killed in battle during WWI. A French veteran appears in her town, where she lives with her fiancé’s parents. She sees him laying flowers on the grave. Eventually, they meet, and he explains he was her fiancé’s friend from when he studied in Paris. The movie is a low-key anti-war film. It’s mostly in black and white, but with some color scenes, and it’s in French and German. It’s on Amazon.

The Half of It (2020) is a new Netflix film. It’s a spin of Cyrano, with an Asian-American female self-described high school nerd in the Cyrano role. So, it’s also a coming of age story with a lesbian subtext. It’s sweet and funny, with some philosophical musings by the main character. I enjoyed it much more than I thought I would.

Sweetheart (2019) is also on Netflix. It also is a take on a familiar trope—the person shipwrecked and stranded on a deserted island. In this case, the shipwrecked person is a woman, and the island is not exactly deserted—because there’s a monster. Kiersey Clemons is excellent, and the movie was enjoyable, though I wouldn’t say it was great.

Photograph (2019). On Amazon. We watched while we ate my homemade naan and chana masala. I had high hopes for this one because we enjoyed the director’s previous film, The Lunchbox, but this one was only OK. It’s like they had an idea for a movie, but then didn’t know what to do with it. A street photographer in Mumbai is being pressured by his grandmother back in their village to get married. He sends her a photograph he took, and then convinces the woman in the photo to pretend to be his girlfriend. 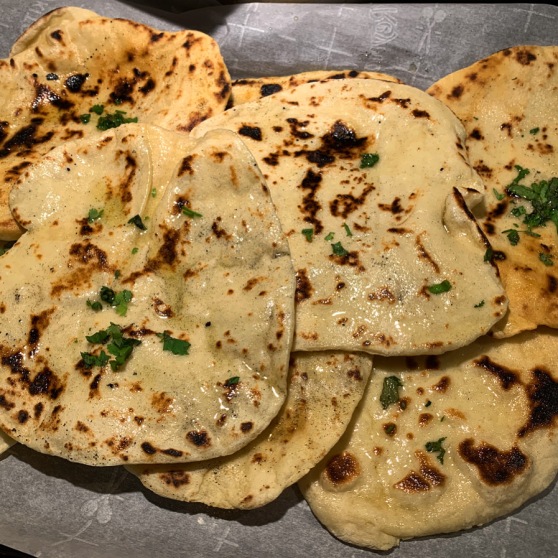