In this distracted globe.”

it was spinning Fates conjured,

bewitched by the doll mistress

who knew her dreams.

Whose intention they must spin.”

–Luanne Castle, “For the Doll Mistress”

the first floor of a bed and breakfast,

every surface is covered with knickknacks,

and it turns out that Jenny, a guest there,

had a Samantha doll,

who she believed was always angry at her,

maybe is still angry at her,

now that she’s packed away in the basement of Jenny’s parents’ home,

And the innkeeper asks Jenny and her boyfriend,

who are facing problems in their relationship,

she asks them each separately,

if they’ve ever felt that they were watched

as though something watched over them.

when I sleep. How I’ve been awakened by a gaze.)

(this is Gettysburg, after all)

the Jackson room is sometimes “unreliable,”

(perhaps, so are we all)

the building was a hospital for Union soldiers,

amputated limbs were tossed out of the windows.

she thought she was possessed by the spirit of her ex-husband John,

and John, is also the name of Jenny’s former lover,

(we all know someone named John)

who also has a hold on her,

Genevieve hears rustling sounds that no one else hears—

is it us, the audience?

Mertis admits she’s a bit of a mind reader.

Is she also a witch,

a doll mistress, arranging the scenes for Jenny and Elias?

Mertis winds the clock at the end of each scene,

she closes the curtains at the end of each act, and opens them again.

She lights her “angel chimes,” near the end of the play,

flames cause the angel figures to fly,

there is a final sort of “ah-ha” moment,

did Mertis help bring it about?

Did she know their dreams,

the intentions they must spin?

There is much to ponder in this play,

filled with as many details as the B&B’s room,

It is long, punctuated with silences,

but it does not seem long to me. 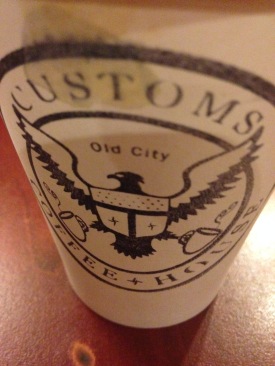 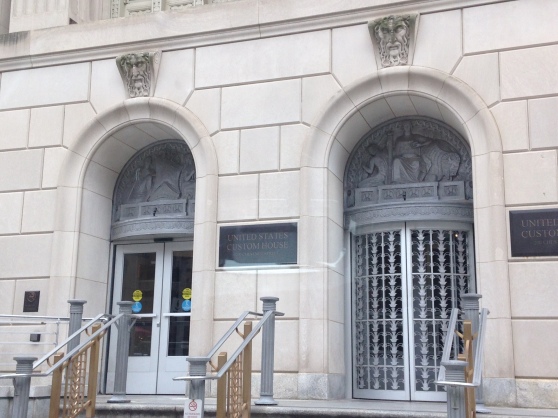 The next day, I look for my daughters’ American Girls dolls,

I see Molly and Felicity high up on a shelf

(one of each daughter’s dolls)

Molly and Felicity with Frieda

but no Samantha or Josefina,

I wonder if they are in the attic

then I  wonder if they are angry.

Should I find them a new home,

foster parents to take them in?

I think of my son-in-law

who was saved by a couple who took him in,

who became his new parents,

moving behind the scenes,

to make certain he was cared for

before he knew his dreams.

fated he’d meet his love in a play?

We talk about dolls at my younger daughter’s house.

so she kept her Molly,

and cared gently for her fractured arm,

holding it on with a rubber band,

My son-in-law enters the room,

daughter and I burst into laughter,

sitting across from one another,

we wipe our eyes,

My mother tells us,

when she was a little girl,

she dropped her doll,

“they” took it away,

wouldn’t let her have it in the hospital,

and she cried for her doll,

and she cried for her parents,

who also were not allowed in her sick room,

when she was finally  home,

there was another doll for her,

It wasn’t the same doll,

Did your mother make clothes for your dolls?

(She sewed beautifully, I tell my daughter.)

Yes, until my brother was born when I was six.

He was a handful.

I have not been good about reviewing the books my friends have written. But with a play in which a doll was a key plot point, and a discussion of dolls, I thought of my doll-loving blogger friend. Poet Luanne Castle’s writes about many different topics on her blog— including family, history, travel, and cats.

Her book of poetry, Doll God   is the 2015 winner of the New Mexico-Arizona Book Award. The poems are thoughtful, thought-provoking, lyrical, and sometimes enigmatic. Do check it out!

We saw John by Annie Baker at the Arden Theater in Philadelphia.