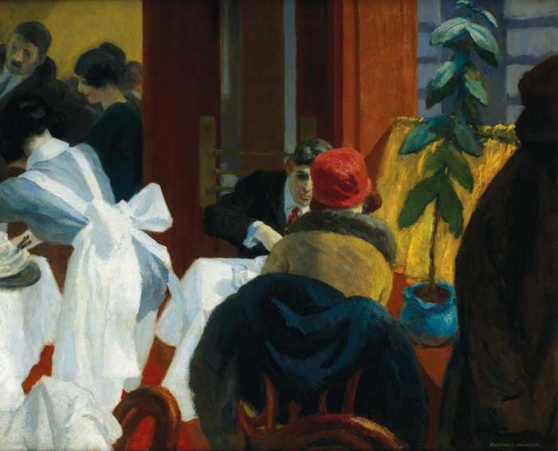 Perhaps the story did not end with the slam of a door and a parting of ways. Certainly–as with that other famous play–the audience thought that was that. They discussed the denouement. Then, they exited the theater and quickly forgot about it.

But stories always go on, even if we can’t see behind the curtain; even if what passes for drama is mundane or boring and closer to farce. Three kids in six years for him and a move to the suburbs (but not too far away); a steady corporate rise for her.

They connected again on social media. She saw photos of his children playing in their grandfather’s dentist office. There were not many shots of him and his wife together. He saw her photographed at business functions and vacationing in exotic locales. No steady partner in sight.

“I’m in New York for a conference. Do you want to get a drink and catch up?” He messaged her.

The audience thought, this time they will marry. And they did, moving back to their hometown, where he could be close to his children.

But they couldn’t go back to their old roles. Their characters had moved on from ingenue and young hero. Within three months, there were more slammed doors. And when she was offered a new job in another city, she took it and left.

A bit of flash fiction. Claudia McGill challenged me to write a sequel to her story-poem. Yeah, so the sequel is longer than the first part. 😏 Read hers first here.