Sarah is hosting dVerse tonight, and she has asked us to write a poem about the circus. I am not really a circus fan, but to make up for that, I wrote this cleave poem, which is three poems in one. And then I found this Degas painting. 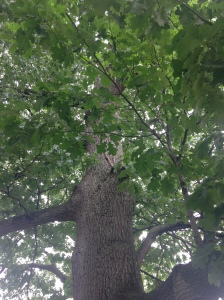 This is a cleave poem for Day 23 of Jilly’s 28 Days of Unreason, inspired by the work of Jim Harrison.

~ Jim Harrison  from Songs of Unreason

rising through tenebrous skies            before the before

For Jilly’s Day 12 of 28 Days of Unreason, poetry inspired by the poetry of Jim Harrison. This is another cleave/contrapuntal poem or cleaveapuntal or contracleave. . .

Whatever—it’s a bargain, three poems in one. 😉

I’m not quite sure of the difference between a cleave poem and a contrapuntal poem, but this is one or the other. It’s for Jilly’s Days of Unreason, Day 1 based on this quote from Jim Harrison.

“Spring day, too loud for talk
when bones tire of their flesh”

calling children to skip and jump       into rainbow puddles

He never saw her / A hidden figure

though there she was / in plain sight

his property, to do his bidding /  a body, with a brain though

she smiled meekly, got his coffee before he asked / she could outthink him any day

he beat her / she fought back when she could

A cleave poem for International Women’s Day 2017. The theme for 2017 is “be bold for change.” A cleave poem is three poems in one–left side, right side, and the full lines.

He was gone /  She watched his ship vanish, incandescent

No trace left/ gone, an unmarked path to undiscovered territory

Would she ever see his smile? / would she hear his voice again?

This is a cleave poem (the left side is one poem, the right side is another, and both parts form a third poem. This is for Secret Keeper’s Weekly Writing Challenge. The prompt words were:

The soothsayer paused, not wanting to say / I was a princess,

watching, and on edge because / once upon a time

people demanded proof / there was magic

awakened with a kiss      / and hoping to score

a bit of bliss, if not happily ever after / just one good dream, till tomorrow

This poem is in response to Secret Keeper’s Writing Challenge.  The prompt words were

I wrote a cleave poem. The left side is one poem, the right side is another poem, and both sides read together form a third poem.

Treasures locked away/ the vastness of space

deep inside her brain/ is a tempting mystery

little understood/ how to solve the puzzles

past, present, and future mingle/ and how do we know what tense to use

This is a cleave poem in response to Secret Keeper’s Weekly Writing Prompt.

This week’s words are: Tempt/Treasure/Tense/Vast/ Lock

A cleave poem is three poems. Each side is a separate poem, but together they form another poem. I can’t seem to format this correctly, so the last two lines on the right carry over to the next line.

Universal truths in space, / on earth

of giant rocks/ bombed to submission

hit the ground/ held there for a moment

absorbed/ blink and they are gone forever

When I was listening to the radio this morning I heard about the horrible car bombing in Baghdad and also a story about the two moons of Mars. It struck me how violent the universe is, and we humans make it worse.

The two moons of Mars are Phobos (panic/fear) and Deimos (terror/dread). They were named after the sons of Ares, Greek god of war. His Roman name was Mars.

You can read about the moons of Mars here.

a favor /  worn and tossed

by caregivers without love / raised and lowered

to fulfill an obligation/ a hemline, inconsequential,

no more dreaming / she existed and cried for her childhood gone

life without meaning/ her tears fell to the ground

This is a cleave poem in response to the Secret Keeper’s Weekly Writing Prompt #42,

I was inspired , if that is the word, by this recent story. And by all of the women and children throughout time who have been kidnapped, enslaved, trafficked, considered spoils of war, or “gifted” to others.