She sleeps, wishing her black dress gone,
an elaborate gown to take its place,
her hair honey-spun and shiny, the air
rain-scented in a sky washed clean–

(she can almost recall this life)

she wants to wake to a magic kiss,
feel desire, sighs “if only,”
and a thousand ghost voices answer, “in time.”
The moon hums

a spray of silver light soars,
she follows, a bird in flight
over a river, spirits murmur in the dawn-glow,
she breathes, inhales secrets–

all the versions of herself, there.
Awakens, or does she?
The wind whispers, “why wait?”
This, then, the after-when.

My message from the Magnetic Poetry Oracle today. 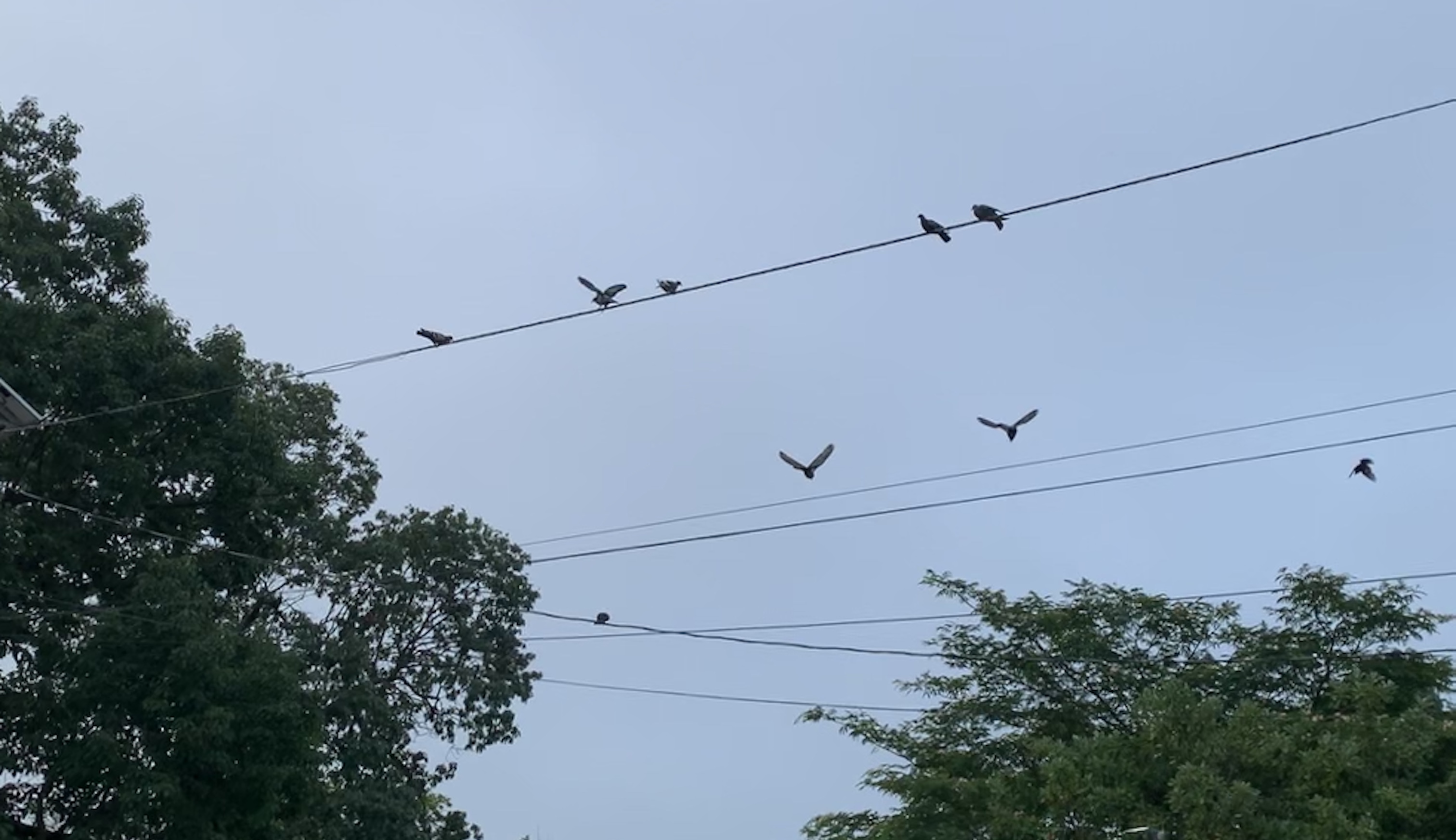 Birds on a wire

rhythm in a sentence

in the secret language of birds,

forming patterns in circles and lines,

soaring into the clouds–

and I watch, wondering

without fear of falling? 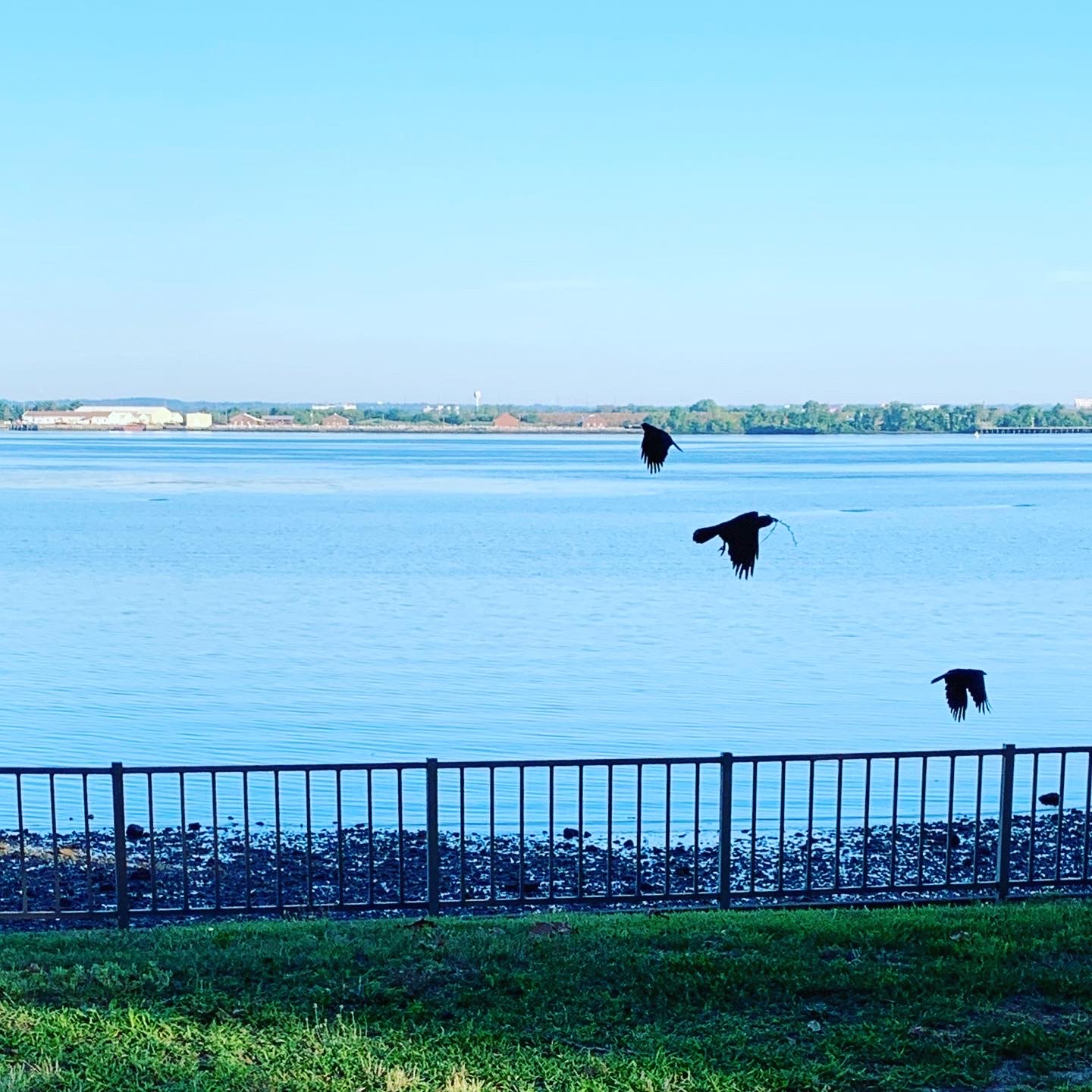 For dVerse,where Laura has asked us to write about flight. I’ve reworked some old poems. . . a work in progress perhaps. 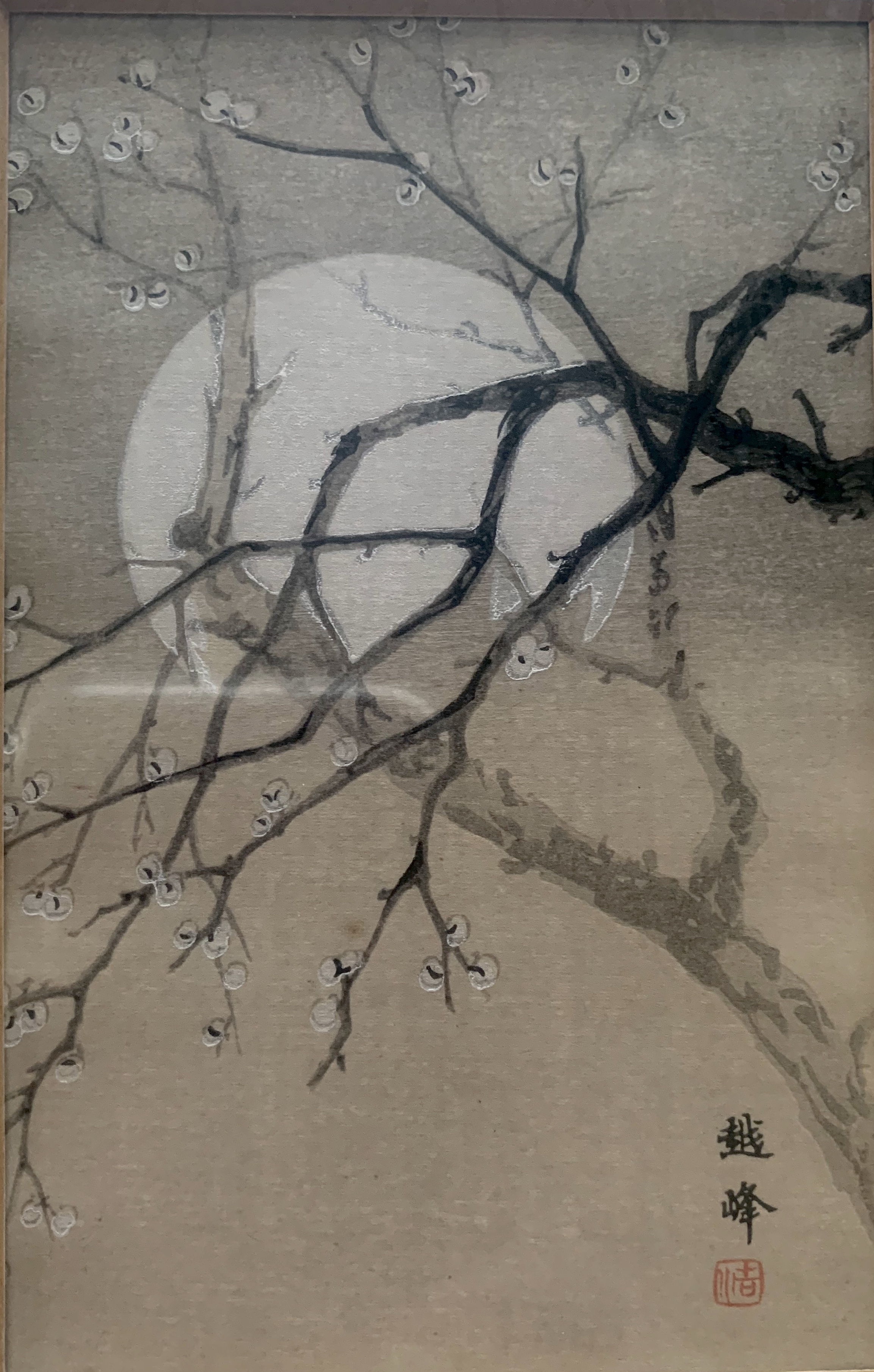 of wonders and if

but bring a cat–

haunted by almost and never—

as the universe laughs

a spray of diamonds on velvet,

beyond reach, but constant.

It took some time to get my message from the Oracle today–though she was very clear about the cat and champagne.

“There are moments that the words don’t reach

There is suffering too terrible to name

You hold your child as tight as you can

And push away the unimaginable. . .

There are moments that the words don’t reach

There is a grace too powerful to name. . .

“The atoms that huddled for a cosmic blink around the shadow of a self will return to the seas that made us.

What will survive of us are shoreless seeds and stardust.”

No human voices break the silence,

but robins and mockingbirds sing, a woodpecker pecks,

I hear a whoosh above and a shadow flits before me, gone

she could push away the unimaginable,

the suffering, the families who will never hear a familiar voice.

She can’t. I can only I look for beauty and share

the astounding variety of flowers in a multiplicity of hues,

rainbows revealed in sprinkler sprays, the sight of a deer family

the charcoal splendor of thunderclouds, the intense blue of the cloudless sky,

color and light, physics and magic, charm and fury— 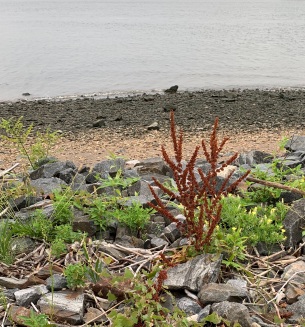 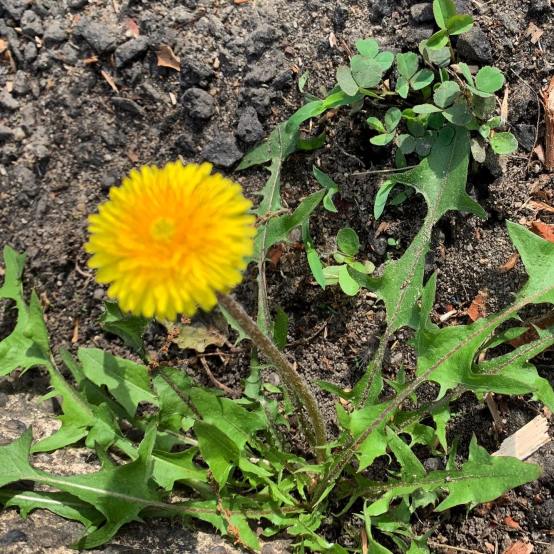 life itself, cycling love and loss,

we push away these thoughts

because to do otherwise, we could not go on 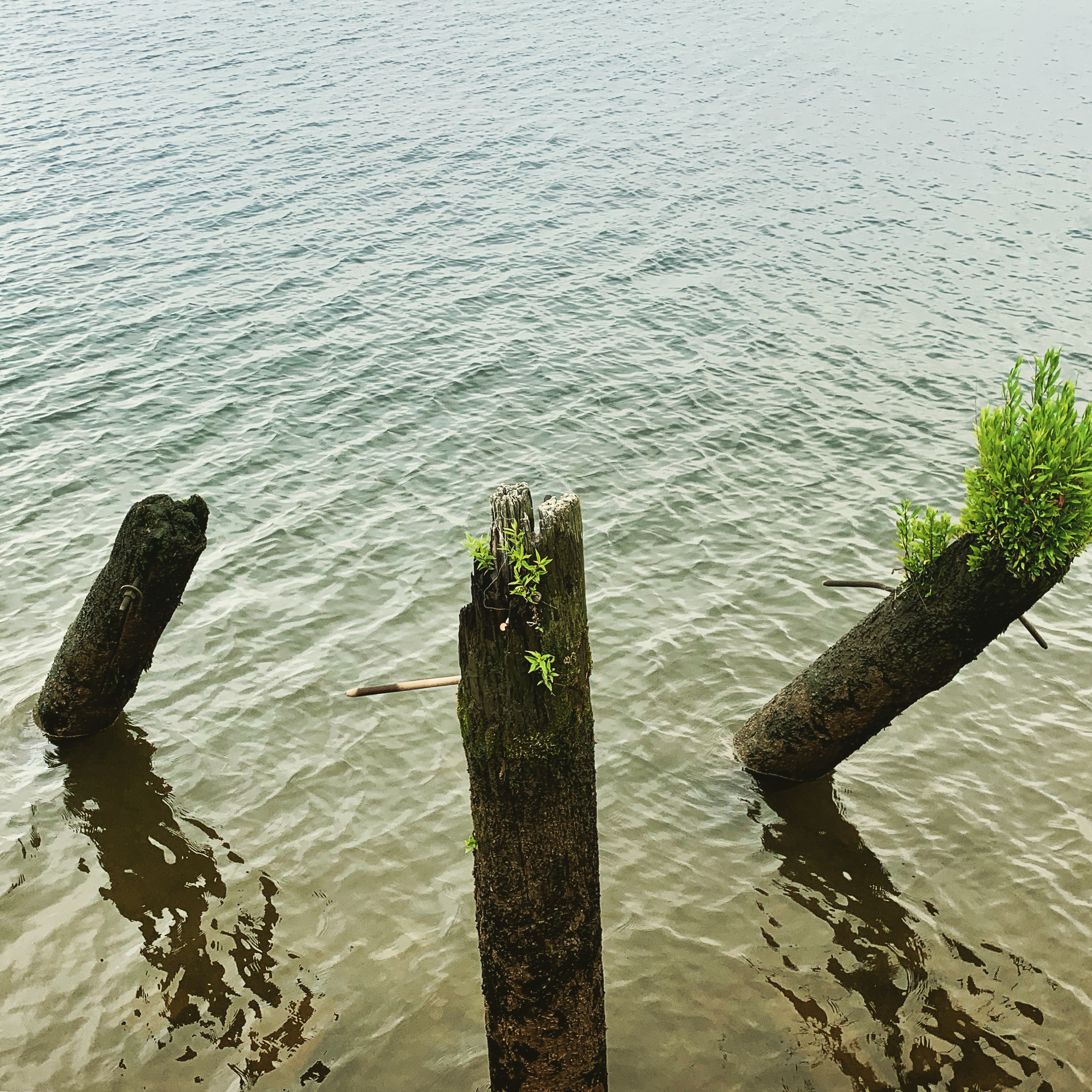 silence can be comfortable;

it can be lonely, too–

equal and opposite reactions,

from the womb to ashes and dust

we ebb and flow

and yet traces of us survive forever

in shoreless seeds and stardust—

this is the unimaginable magic of the universe—

that in the sparkle of light on water

the past and future exist together,

Merril’s Movie/Theater Club: We watched the Taiwanese movie A Sun (2019, Netflix). I don’t know if it’s the same in Mandarin, but in English, the title plays on the words sun and son. The movie is about family dysfunction and tragedy; the favored golden son who is working towards entering medical school and the younger son who predictably ends up in juvenile detention. But each member of the family has secrets and depths. After a tragedy, the family dynamics change. Though this movie is perhaps a bit too long, the acting is excellent, and the cinematography is beautiful.

We celebrated Independence Day, the Fourth of July by watching Hamilton (Disney+). I don’t know if this is available outside the U.S. I subscribed to Disney+  for a month just for this, which was a bit annoying, but I don’t plan to keep it, since there’s not much else I’m interested in on that platform. Still, at $7 and change, it’s worth it. We’d pay more for a movie ticket at a theater. This film is compiled from two performances of the original Broadway cast production, but it includes camera angles that you would never see from sitting in the theater. I’ve discussed Hamilton before. Believe all the hype, it really is a wonderful show, and most likely I’ll watch it again while I can.

The excerpted lyrics above are about after Alexander Hamilton and his wife Eliza’s son Philip is killed in a duel. Alexander and Eliza have been estranged, but in this aftermath of their personal tragedy, they grow close again. Life goes on in the midst of revolutions and tragedies—people fall in love, babies are born, children die. History is never simply about battles and elections.

We ate and drank a glass to freedom (that’s a glass of sangria, banana chocolate chip cake with cream cheese frosting) Ricky was not interested in the first act, but enjoyed the second half. 😏 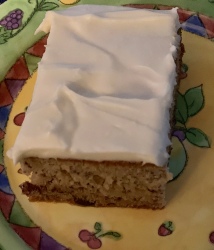 Odilon Redon, “The Muse on Pegasus”

Born in a dazzle of smoke and ice,

time travelers dancing to the rhythms of the universe,

but felt and heard in the wind–

and a longing for love—

the music of lust and light,

why, and if only—

we turn away, when we should linger,

waiting for the storms to end,

and watching for dawn to come,  laughing

My Saturday collaboration with the Poetry Oracle.

if climbs, happy and wild,

as ancient river breezes rustle with why, which, when–

the seeds of deep time that grow from cold earth, warmed,

I cast a soul-stone into the blue-grey water,

watch the soft rippling and listen to the wind sigh.

The Oracle knows everything, including all about my almost daily morning walk and mourning ritual of throwing a stone into the river as I stop for a moment and think about my mom. 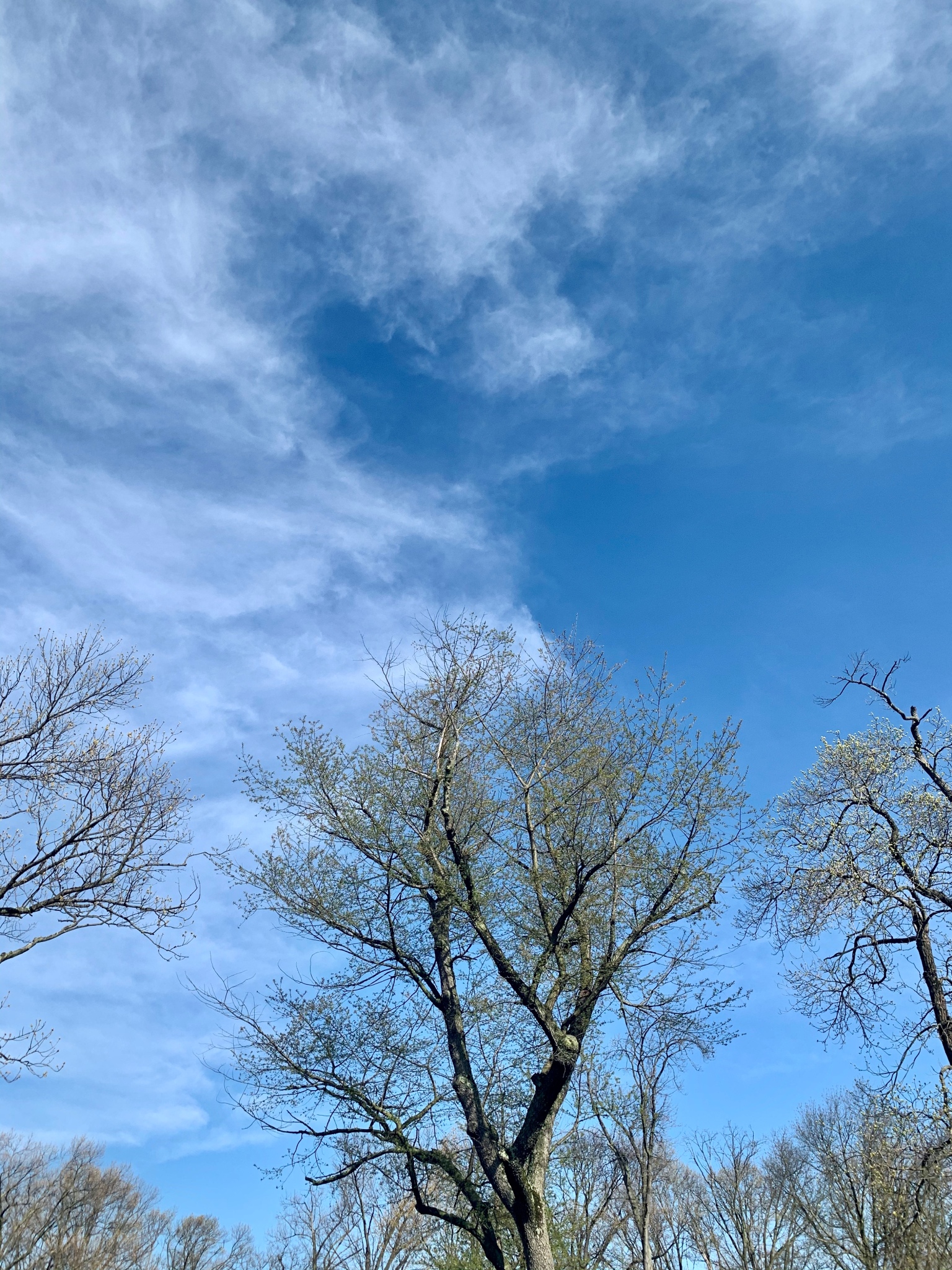 I am not ready for anything to happen,

but I am not a bird or tree

but we stand back,

admire from a distance

that blue, that white, that yellow and green,

dancing on a robin’s song.

I am not ready,

and soon will come the dawn.

The NaPoWriMo prompt for Day 8 is to use a line from a poetry bot. I used a line from the Sylvia Plath Twitter Bot. The line, the first line of my poem, actually comes from her poem “Three Women.” My poem has nothing to do with her poem—I simply used the line.

I apologize for being so behind in reading. So many prompts, and so much poetry–which is a good thing! Tonight is the start of Passover, and we had a family emergency this afternoon (everyone is OK).

Away the bitterness of aching hearts,

the shadowed mist of fears

that cycle with brown and blossom

with dreams of honey-gold

as you watch the moon glow silver after spring storms

and grey clouds sail across the indigo night sea

till the sun rises—

now you can almost smell the scent of peaches

in her rays, hear the tinkling bell-voices of jonquils

beating in the heart of today.

Today’s message from the Oracle. The world is very scary now and filled with hate and ignorance, but at least there are spring flowers that rise predictably from bulbs year after year. 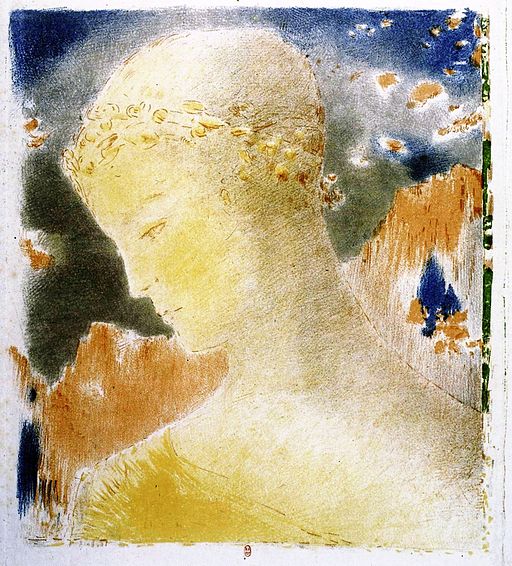 “All that we see or seem

Is but a dream within a dream.”

–Edgar Allan Poe, “A Dream Within a Dream”

In a dream, I found you

there, not as I knew you,

your spirit gilding your face,

and through the mist,

you reached, took my hand,

and gazed at me with sea-green eyes

and led me to a sailing raft

and there reclined with me.

Then, under blossoming clouds–

we sailed into the infinite,

my face salty only with tears

and longed to sleep

and dream again and again

and forever of you.

Lillian has asked us to write a poem about dreams at dVerse today.  I think I probably write about dreams often, but these two paintings popped into my head. Can you have an ekphrastic poem based on two sources?

The world is sad and broken,

and the voices of trees lost.

Still I listen for the secret rhythm

of stars and moon

and watch the sun rise

brilliant fire in the sky

reminding us of if and when

the universe is born and dies,

and yet, the flowers bloom in spring

and their perfume rises

My collaboration with the magnetic poetry Oracle. She always seems to know what is and what might be.