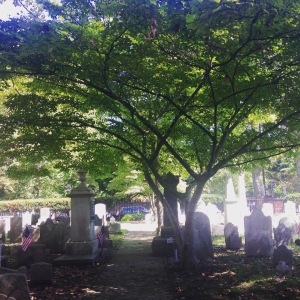 to fill a void in the air

gleam, a shiver, that slight susurrus

that I may look upon her face once more,

see her clothed in her favorite gown,

pretend that what is lost, was not.

But she moves into the mist,

dissolves and fades away.

My dreams vanish, too,

I’ve channeled my inner nineteenth-century Gothic writer for this double etheree for Colleen’s Tanka Tuesday! We were to use synonyms for ghost and hollow. 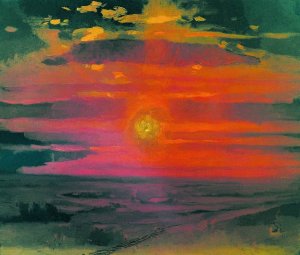 “from a window, day dazzles.

Sail it with joy,

A message from the Oracle.

“We have grown to trust blindly in our senses of balance and reason, and I can see where the mind might fight wildly to preserve its own familiar stable patterns against all evidence that it was leaning sideways.”

The weather has been erratic. Storms followed by sunshine, but always hot, only the level of humidity changes. The volatile, vacillating moods are echoed in the movie we see about a woman with an abusive husband and their custody battle. Neither child wants to see the father, but the daughter, who is almost eighteen, doesn’t have to. It’s the ten-year-old son, Julian, who must submit to visiting his father in this movie that becomes an intense thriller, rather than a legal drama. After the movie, we walk through Old City, where ghosts still walk, flitting through gates to hover over flowers, and drift over the cobblestone streets.

tumble through the evening sky 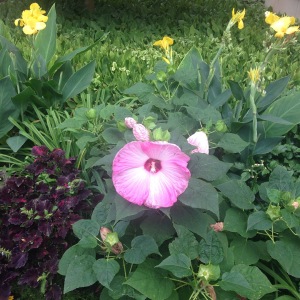 We sip wine another night as the sky changes once again—blue turning grey. But we stay.

echoes of the summer blooms 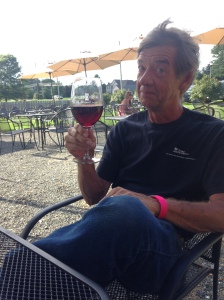 We travel to the New Jersey Fringe Festival in Hammonton, NJ—“Blueberry Capital of the World.” We see three short plays, funny, touching, strange. (It is fringe after all.)

We see a play about two fantasy worlds colliding,

into her action hero world.

We thought the script could be tightened,

some excised, some enlightened,

but it was silly fun—and we’d only just begun

when off to the next one

about a man with two cartoon character names

and a most awkward life,

not so much filled with strife,

rather loneliness and seeking to connect

(even when his house is wrecked)

it’s whimsical, with ukulele and narration

and women who give him quite an education

in their multiple roles in his life, unlucky as it is

somehow, we see some hope at the end in his.

We pause to shop and eat gelato 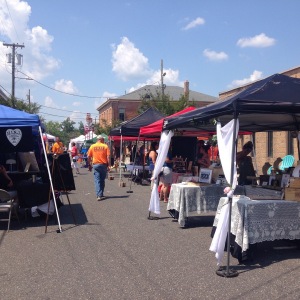 walk through the flow, and then go

onto the next play

stay there in the small, hot basement room

listen to the man, the actor, speak,

we jump at every creak

we’ve seen him before

(someone opens the door

to cool the room a bit,

and still we sit).

he is compelling, in this telling

of the ghosts and demons he has seen.

All the evidence leaning sideways,

Try to make sense of what we see and fear

With theater we sway a bit—wonder what is real

Is it all a metaphor for inner trauma,

And does it matter if it is?

We take what he gives

we walk and talk in the direction

of our car. Then off to dinner, a day well spent

in this summer event.

The clouds fly by—

to see ghosts and shadow figures in the sky. 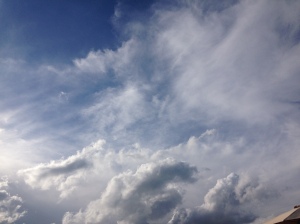 I decided to play with form a bit today–Haibun and rhyme.

We saw the French movie, Custody. Trailer here. We went to the NJ Fringe Festival and saw, Wildest Fantasy, The Most Awkward Love Life of Peabody Magoo, and Ghost Stories.

We ate dinner at Mera Khana in Berlin, NJ, where I finally got my vegetable samosas. (Everything they make is delicious.) 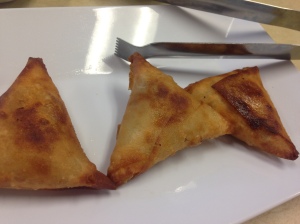 Not a ghost, but the emanation of some past emotion. That’s what I feel in that house in Havertown—the one my mother rented after my parents divorced. Have you noticed that some houses have their own emotional atmosphere? Well, that’s my theory, and if you’ve never felt a house reeking of love, terror, or despair, then it must sound weird to you. But this whole house makes me feel welcomed; my bedroom in particular—it’s as if someone has felt joy there in the past, and the feeling now lingers. . .forever. This room, painted a golden yellow, seems to glow all the time. Every molecule in its walls, floors—even the air—releases joy and serenity—at least for me. Here I also experience first love. I wonder if my feelings will join the room’s aura, biding there for future inhabitants.

trees flower, and then leaves fall—

This Haibun is for dVerse, where Lillian has asked us to write a traditional Haibun—that is, a tight paragraph or two, which is a true account, not fiction, followed by a traditional haiku. The haiku should be nature-based but allude to the prose. It should have a seasonal word, and “a haiku must have two parts including a shift, an added insight. Japanese poets include a KIREJI (cutting word). BUT there’s no linguistic equivalent in the English language therefore punctuation creates the cut: a dash, comma, an ellipsis, an exclamation point. Sometimes it’s simply felt in the pacing or reading.”

Lillian has asked us to write about one of the first houses we lived in. This was not the first, but it was the first one we lived in after we moved from Dallas to Havertown, PA, when I was in 7th Grade.

This is also for Colleen’s Tuesday Tanka, using synonyms for the words beliefs and strange. I’ve used theory and weird in my prose. Colleen notes that a Haibun should be written as though it is happening now.

“I would build a cloudy House
For my thoughts to live in;
When for earth too fancy-loose
And too low for Heaven!”

“I’ve looked at clouds from both sides now

From up and down, and still somehow

I really don’t know clouds at all.”

Striking in their billowing shapes, watch them drift, the clouds.

Somehow relaxing, to see them shift, the clouds.

On a beautiful afternoon in July,

we walk, a blue bed is the sky

for puffy clouds to lay upon

transient, seen, and then they’re gone— 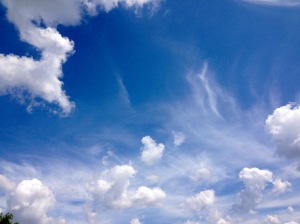 on these cobblestone streets, walked each day–

with children, relatives, with their spouses, 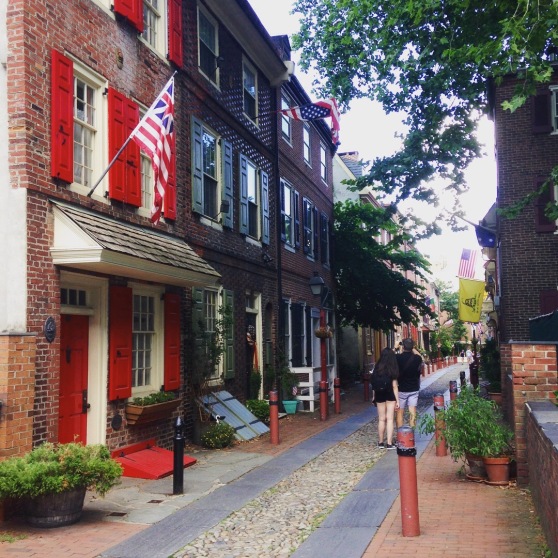 do their spirits yet walk here under moonlit clouds

shy, hesitant, or fierce and proud?

I must ask my friends who once lived herein

if they ever encountered such ghostly denizens.

We watch a movie about a baker of cookies and cakes

who travels under a cloud, with a life that’s fake

(The pasty looks delicious, but the story hard to convey

without giving too much away.)

We eat pizza and drink wine while the weather is fine—

against more green, blue, and white, we sip and dine

before the storm clouds roll in and the forecast flips—

which it does, the skies turn grey

the white clouds drift away

and I build cloud houses from my thoughts

turn them away from should and oughts

Raining on the Ben Franklin Bridge

but I dream of houses with stairs to nowhere

or perhaps from here to there,

if only I can find the right paths (or footwear)—

a dream with goals and friends and cats,

and if there’s unfinished business—

well, I can live with that.

His work is done. Sweet Dreams.

I’m sorry about the spacing here. I can’t quite figure out how to fix it.

People still live in the homes of Elfreth’s Alley. You can read about it here.

We saw the Israeli movie The Cakemaker. Trailer here.

We went to Auburn Road Vineyards.

We marked the spot where first we saw her walk

there the woods, and then to the meadow dark.

She seemed to drift or soar, in white, like chalk

of the cliffs, where ships below lay there stark,

The ghost though, from what hauntings had she fled,

did she seek love, did she know she was dead?

This is a septet for dVerse. In honor of dVerse’s seventh anniversary, Frank has asked us to write a poem of seven lines on any subject. I’m not sure that it’s quite rhyme royal, but it’s seven lines, and it rhymes. I’ve used Secret Keeper’s weekly writing challenge words: ghost/mark/woods/soar/meadow.

~ Jim Harrison from “Sister” in  Songs of Unreason

In the graveyard they lie

by us walking there—so we deny,

forget they suffered, dying, the verb.

What is the language they speak–

they in their graves, and we strolling by

reading a headstone, what truth do we seek–

once she lived, now hear the sigh

of ghosts who wander just out of sight–

that shadow there behind the tree

you almost see, a dress of white–

and wonder now, memories or fantasy? 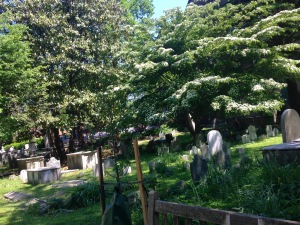 This is for Day 15 of Jilly’s 28 Days of Unreason, poetry inspired by Jim Harrison’s poetry. We’re just over halfway through, but you can still join in the fun.

I’m also linking this to Open Link Night at dVerse.

~Jim Harrison from Songs of Unreason

camped along its banks

fished for oysters and pearls

dreaming of what was,

waiting for what will be. 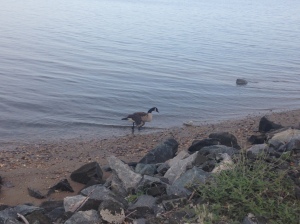 This is for Day 14 of Jilly’s 28 Days of Unreason–poetry inspired by the poetry of Jim Harrison.

“I took a nap and wept for no reason”

~ Jim Harrison from Songs of Unreason

My sisters and I

sat at my father’s deathbed

he, though unconscious, raged–

we held a vigil through the night,

waiting for the dawn,

to see him released,

for days it seemed

I heard his voice,

This poem is for Day 13 of Jilly’s 28 Days of Unreason, using Jim Harrison’s poetry for inspiration. I guess this is an early Father’s Day poem.

I couldn’t save them

but I did what I could

hiding them under blankets,

sneaking them away in coffins

I couldn’t save them–

and those who lived,

save for the ghosts

and the dirge they sing–

that part of my heart is gone forever.

This is for Jilly’s 28 Days of Unreason, Day 3, basing poetry on quotations from Jim Harrison’s poetry.