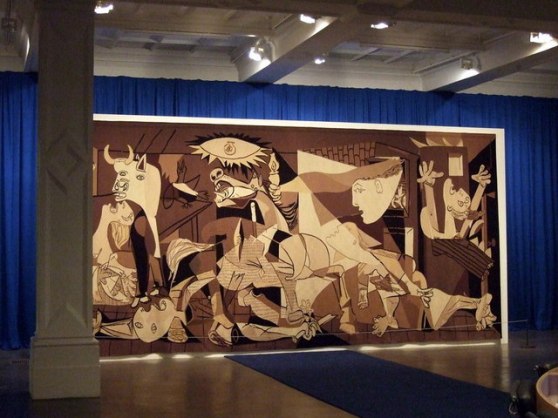 “Guernica at the Whitechapel It is no idle whim to include an image of this tapestry reproduction of Picasso’s great anti-war painting but because it is so significant for the political and cultural stance of the Whitechapel Gallery, the only British venue to exhibit the painting in 1939. The original work is now too fragile to leave Madrid; this tapestry was loaned to the gallery, for its re-opening, by its owner Margaretta Rockefeller. Normally it hangs in the United Nations in New York where in 2003 it was controversially veiled prior to a speech by Colin Powell on the eve of the Iraq war.”

“The purpose of art is to lay bare the questions that have been hidden by the answers.”

in the calmness after the storm,

then we hear about the heroes.

On that sunny September day,

as a gentle breeze blew,

and the world’s course shifted,

there were soldiers and fire fighters,

there were flight attendants and passengers,

there were ordinary people

who were decent and kind

who helped others before themselves,

and who became heroes.

From the hell of the Warsaw ghetto,

burying their real names in jars,

and though she was captured,

she did not give up the information,

then, forced to hide herself,

after the wind blew

and the course shifted,

so she could dig up the jars

and return the children to their families–

if any relatives remained.

(a place known for violent winds)

inspired by the classroom motto

“He who changes one person, changes the world entire.”

They researched, developing a performance piece,

that captured the attention of the people in their area–

and then a larger area.

They discovered that Irena Sendler was then still alive,

and wrote to her, sharing the correspondence with universities

raising funds, and finally meeting her and some children she had rescued,

One called them, “rescuer’s, rescuers of Irena’s story.”

They were children, now adults,

who wrote about a woman, who worked bravely to change the world,

and in their work about her,

they, too, hoped to change the world,

one person at a time.

I think about the censoring of artists,

the silencing of poets and painters,

of novelists, musicians, and dancers

who proclaim truth and dare to create

the strong men admired by someone here

who can spout his hate-filled rhetoric

only because our Constitution

allows for freedom of speech and expression.

Is this the definition of irony?

I remember sitting, mesmerized before “Guernica”

decades ago in New York

I can still feel the power of that Picasso work

and remember those moments

though the other details of that college trip remain hazy.

The painting itself was in exile,

returning only after the death of the dictator, Franco,

but by then Picasso was also gone.

On a beautiful September evening

we sit in the city of Philadelphia,

we drink wine as a gentle breeze blows,

we see a performance piece,

a sort of homage to James Baldwin,

“Notes of a Native Song,”

created by Stew and Heidi Rodewald,

a memorable evening of music and social commentary

that is a reaction or celebration of Baldwin

rather than an adaptation of his work. 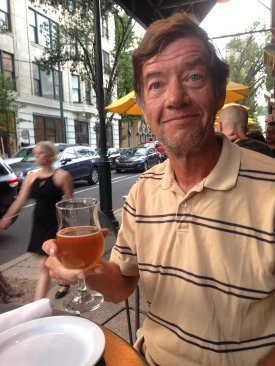 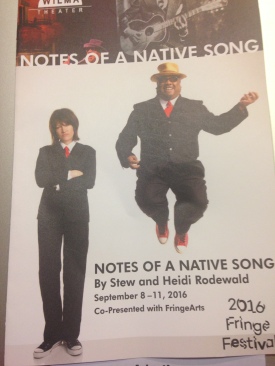 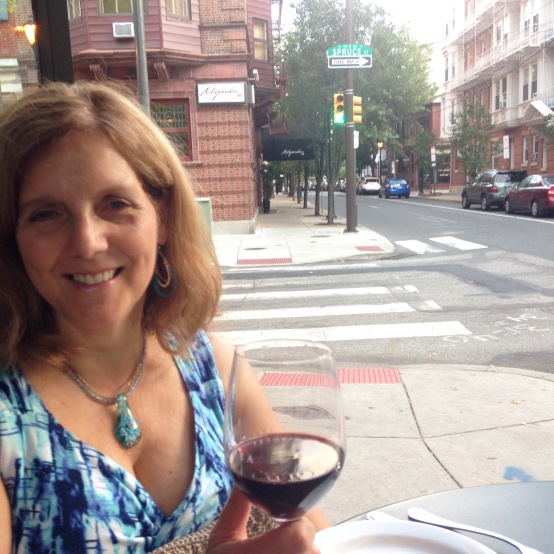 On this September night

as a gentle wind blows

I think about artists

I think about the winds of war

and the changing course of political winds

I think about artists

I think about heroes

sometimes they are one and the same.

“I love America more than any other country in the world, and, exactly for this reason, I insist on the right to criticize her perpetually. I think all theories are suspect, that the finest principles may have to be modified, or may even be pulverized by the demands of life, and that one must find, therefore, one’s own moral center and move through the world hoping that this center will guide one aright. I consider that I have many responsibilities, but none greater than this: to last, as Hemingway says, and get my work done.

I want to be an honest man and a good writer.”

“Life in a Jar: The Irene Sendler Project