My dreams were moon-whispered songs–
if rain came, it touched with gentle fingers
and breathed honey-sweet breath on roses,
their luscious scent awakened with the sun.

But now–
storm winds beat with nightmare wings, and the seas
send lathered purple tongues to lick the rocks,
leaving bitterness to cling to them
like an ache

we feel
death come, an ever-expandable ship
sailing to the after–

and thousands of mothers cry why—
for what, and when
can never ever give you what you want?

My poem from the Oracle. As always, she knows what’s going on.

If I could, I’d play for you a moon-hummed lullaby,
the sound of rivers and moss green springing,
the tune of bee waltzes on white-bloomed clouds,

and you would hear the poetry of stars,
like flowers drifting from the sky–

not red-raged bursts,
or dolorous willow whispers, the anguished cries
of mourners left behind, and mother’s tears–instead

the wind would carry rose petals, petrichor,
and daffodil laughter, echoing as

each dawn awakened rosy-cheeked
with blue-eyed innocence
and birdsong would soar, never bullets.

I didn’t get a chance to post my poem from the Oracle yesterday, but I’ve revised it, and perhaps it’s more appropriate today on the first day of spring.

following the sun, as we do, in expectation
of magic, a breath from the sky
to banish air thick with grey, to return
blue-winged, pink-tipped,
shedding golden feathers–

in that light almost-love
as it kisses the lingering ice, transforming it—
and if the steel and concrete world devours,
still the birds sing in echoes of the stars,
recalling the once bright, now fallen,

while peace, a wandering vine, twines,
unnoticed but anticipated, like a secret
waiting to be revealed in the blush of chagrined dawn
after the charcoal clouds clear,
swept by cerulean
again.

My poem from the Magnetic Poetry Oracle. As always, she knows what’s going on.

A Time for Everything

for ships at sea
and stars above—or me—

but spring whispers
to get the garden dressed,

cast off the dun, and wreath
the ground in yellow green

in answer to the murmur from beneath.

Now, even as the black-clouds scream,
the fiddle sounds from rooftop wings

and the wind answers,
almost always, in the after.

My poem from the Magnetic Poetry Oracle. The poem was not inspired by the song Turn, Turn, Turn, but it went through my head after I wrote it and was reading it over. Of course, the Oracle knows everything.

Peace hums from the skies,

song of dove that flies

For the next month, the lai is the poetry form at dVerse. Grace has provided a primer, which includes the format for both the lai and the lai noveau. This is a lai nouveau.

I wake to see Venus gleaming as the sky lightens from indigo to azure. The goddess of love beckons and beseeches, but the war god always wins. 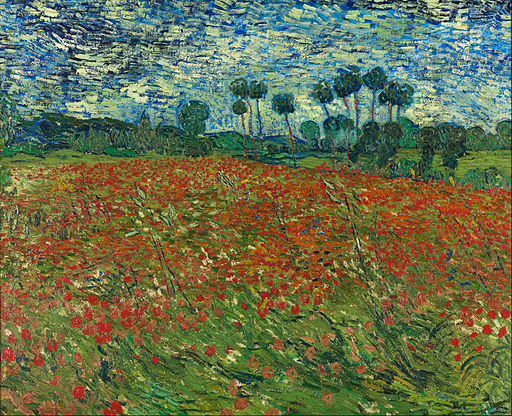 This is for Colleen’s Tanka Tuesday–Poet’s Choice of Words, and Frank’s Haikai challenge using the prompt, “Armistice.”

A child, a girl, explores,

lingering with the red star.

It will fool the dark cloud

and no one need live a life

you must listen to

A bit of surrealism? A myth from the Oracle?

Over thousand sleeps of

she sings a dream–

light is love soaring through time

of knowing others bled

and he was complicit

Would he be called enabler,

The victors tell the story,

when truth is denied,

But his eyes betrayed–

me too, they said,

to what he was thinking–

that he was lost, sinking

flowing out with the tide

he tried to divert the course

And now he only watches

wondering how and why he was chosen.

in the famed paint of dead masters.

For dVerse, Amaya asked us to take two quotes from different sources and use one for the first sentence on a poem, and the other for the last sentence. I used Munich, a new novel by Robert Harris, which is about the Munich Agreement of 1938. Despite knowing the outcome, it was still a bit of a thriller.  I also used a phrase from Maya Angelou’s, “California Prodigal.”

“In the shadows, at the back of the study Hartmann watched it all without seeing, his long face blank and ashy with exhaustion—like a ghost, though Legat, like a man already dead.”

“Under the gaze of his exquisite

Sires, frozen in the famed paint

love and hate rise up

spring no longer a maiden

till her petals wilt and fall

This double tanka is for Colleen’s Tanka Tuesday, using synonyms for grow and honor. This is also for NaNoWriMo. This may or may not fit the prompt.