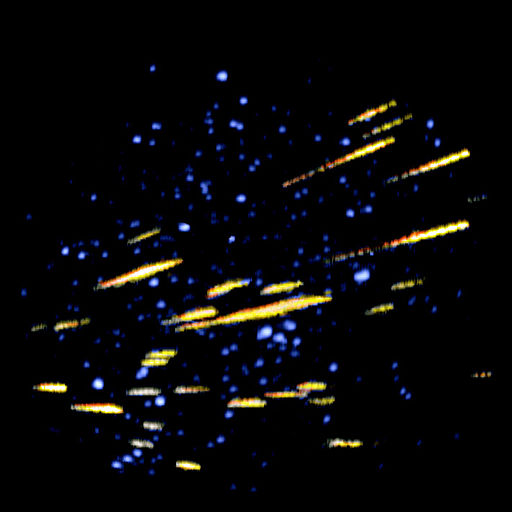 the window glass is frosted,

the peach, only a memory,

a dream of what was, or what could be.

Time, meandering in my head always

glimmers of light as it falls–

and then, the dinosaurs

Sunrise this morning was such a beautiful peach color.

This double etheree is for NaPoWriMo, Day 2, where the prompt is to write a poem that ends with a question. It is also for Colleen’s Tanka Tuesday, and dVerse, where Amaya asks us to use “cascade” or write a cascade poem. Poetry Month! I wish I could sit and write poetry all day. So many prompts; too little time.

I’m still waiting for the sun to rise. This tanka is for Frank’s Hakai challenge (crow) and Colleen’s Tanka Tuesday.  And another van Gogh–because you can feel the movement and hear the echoes in this one.

Candles burn, in winter darkness, a miracle of light. The ancient hatred is rising again. Six million and more, but we survive. We clink our glasses lightly, saying not, “Cheers,” but “L’chaim.”

De, aka Whimsy Gizmo, has asked us to write a quadrille using some form of the word cheer for dVerse.  I’m also linking to Frank’s Haikai Challenge to write a poem that alludes to Advent or Hanukkah.

I know I wrote about Hanukkah yesterday, and there will probably be more—but you know, it lasts for eight nights. Tonight will be the third night of Hanukkah.  🙂

Thrusters fire, and a ship lands securely in a sandy crater. Passion burned in the heart of the war god; his namesake is rust-hued, barren, and frigid. But–once water flowed here, and perhaps life flourished, too.

We look up, wonder

Image Credit: NASA/JPL/Texas A&M/Cornell
On May 19, 2005, NASA’s Mars Exploration Rover Spirit captured this stunning view as the Sun sank below the rim of Gusev crater on Mars. This Panoramic Camera mosaic was taken around 6:07 in the evening of the rover’s 489th Martian day, or sol.

My poem was inspired by the Mars Insight probe that landed this week. This Haibun is for Colleen’s Tanka Tuesday using synonyms for cold and safe.  And for dVerse, where Victoria asked us to write any type of poem using fire.

ghosts sit amongst us—hear them?

They are welcome, too.

This is an untraditional tanka for Frank’s Haikai challenge, using the prompt Thanksgiving, and Colleen’s Tanka Tuesday challenge using synonyms for celebrate and number. I’ve been busy with work and Thanksgiving prep, and I’m behind on reading posts. I’ll catch-up over the weekend. Happy Thanksgiving to all who celebrate the holiday, and happy Thursday to everyone else.

“Just beyond the bruised lips of consciousness.”

just on the edge of consciousness–

why can’t we remember that moment

when we free fall

we escape the mundane

I taste the stars on my lips

and wake to find the world glittering.

This is for Day 10 of Jilly’s 28 Days of Unreason—poems inspired by Jim Harrison’s Poetry.

“I’m hoping to be astonished tomorrow

by I don’t know what”

Every day the world awakens anew. I wake to the sound of birdsong–twitters, chirps, the laugh of the woodpecker. I laugh, too. It’s a beautiful June morning. I drink coffee while a cat purrs on my lap. I stand in sunshine, and later I smell petrichor rising from the damp grass as the world—or my little part of it—is washed clean. I’m hoping to be astonished tomorrow by what I don’t know—more people who appreciate the earth, who believe in truth and value what is good.  Our cups can never be too full. There is always room in this world for more beauty, more love.

a fleeting gift of beauty

given to the world

I’m catching up on prompts! This Haibun is for Jilly’s Day 9 of 28 Days of Unreason, inspired by the poetry of Jim Harrison. I’m also linking to Colleen’s Tanka Tuesday, using synonyms for care and share. Frank’s Haikai challenge this week the 2018 FIFA World Cup. I have zero interest in sports, and I know nothing about the FIFA world cup. So, totally cheating here, but I did get world and cup into this, along with a nod to last week’s prompt on peonies, which I missed.

“So I sit on the edge, wagging my feet above the abyss”

The sun doesn’t have to shine

nor the moon to glow and hum

at night when all the world

seems dark and full of despair–

on the edge of the abyss,

wondering is this it?

do not the stars twinkle

and the rivers flow to the sea

where life emerges to be

part of an endless cycle—

unable to be freed.

a life not filled with joy,

tragic when it ends

This is another poem for Jilly’s 28 Days of Unreason, where we are writing poetry based on Jim Harrison’s poetry. This is Day 8.

I’ve also linked this to Björn’s prompt at dVerse. He asked us to write using negation. I’m not sure if this is it. . .

There are have been two recent celebrity suicides—Kate Spade and Anthony Bourdain—but we all know of more–people who are not so famous.

“Her nights are full of the red teeth of death”

Blue is the color of sky and sea,

green are the blades of grass in spring

when the world is born again, and new

shoots raise their heads to the golden sun

whose chariot flies till day is done.

But no less vital is the color red

that drips at birth and stops when we’re dead.

The color that men fear to see

afraid of its power—or destiny.

For though Death may arrive gentle and pale,

her teeth are like spikes, or the sharpest nails.

When she comes for you in the dark of night

she’ll smile–as if to say it’s all right,

but her teeth are scarlet within her grin,

and life is soon gone—after she slowly leans in.

Apparently, Death is a vampire. Who knew? Mysterious messages and some truths come from Jilly’s 28 Days of Unreason, based on the poetry of Jim Harrison. This is Day 6.

“It is the burden of life to be many ages

without seeing the end of time.”

–Jim Harrison, From “Seven in the Woods,” in Dead Man’s Float

Play me a song on your lyre.

Look at me! Over here,

be with me, my dear.

I’ll be your wife

and you’ll be granted eternal life.

It will be grand–

we’ll promenade upon the strands

of space and time–

always in our prime,

oh, it’s wonderful to be a god.

I was so taken by your beauty–

(remember that time at the lake?)

I forgot to ask that you

be given eternal youth.

you’ll have to be brave

to see many ages

without seeing the end of time.

I’m not sure I can bear it—

but I’ll see that you have some care

when I have to lock you up away somewhere. . .

Ah, how we gods suffer

the curse of the divine.

A bit of fun this time for Jilly’s 28 Days of Unreason based on Jim Harrison’s poetry. Today is Day 5.