“It may be the luckiest and purest thing of all to see time sharpen to a single point. To feel the world rise up and shake you hard, insisting that you rise up, too somehow. Some way.”

“We can never go back to before”

Lynn Ahrens and Steve Flaherty, “Back to Before,” Ragtime

Once we had two maple trees in front of our house. They provided shade for our house and shelter for wildlife. But they were diseased and had to be cut down. The birds and squirrels have moved on. We will plant daffodils around the stumps, and life will continue, though we can never go back to before. 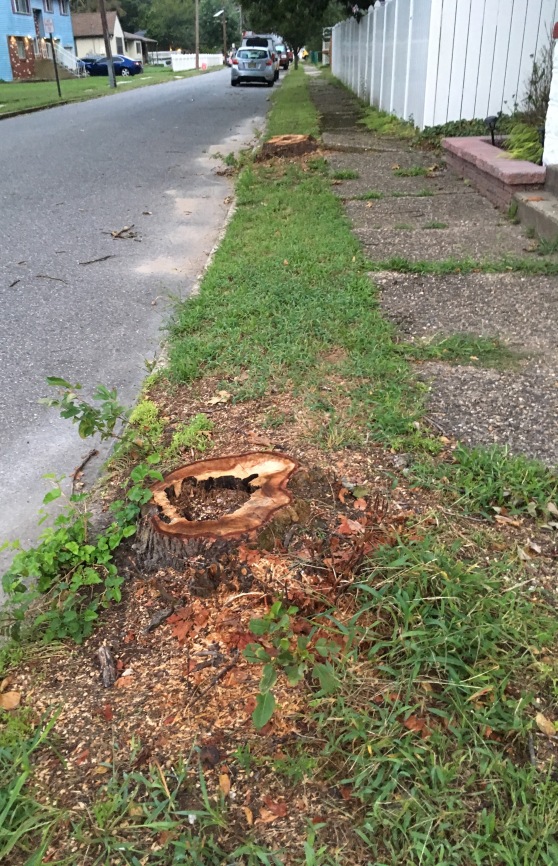 Once people saw tyranny and began to rebel with acts of resistance against their government and king. Time sharpened to a single point for some then. They felt the need to rise up. They launched a revolution that was bloody and horrible, as all wars are, that divided families and friends.

leaves sigh and fall from the trees– 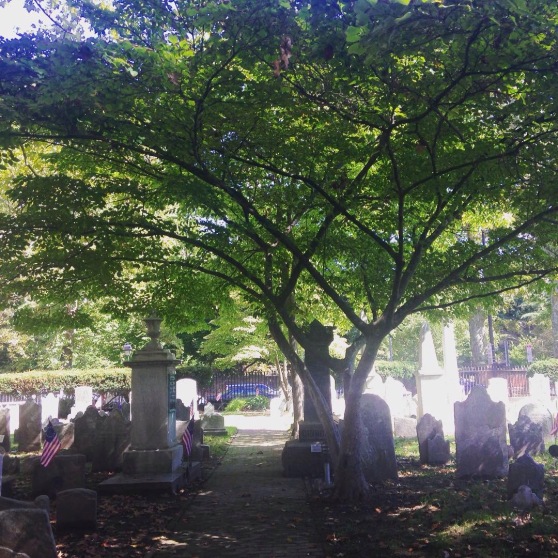 But it was also a revolution of words and actions that created a new nation, the first written constitutions, and gave some hope for freedom and equality to all—though that did not come about till after another war and new laws. We harken back to before, but we can never go back.

And why would we want to?

blames “The Other” for problems–

Wishing on the wood of the last Liberty Tree.  Museum of the American Revolution, Philadelphia

seated where we gaze

at history and listen

to the foreign phrase

of people who pass by

they come and go–

in this city of hope and despair

on the famous chair.

Lunch outside the Museum of the American Revolution, facing the First Bank of the U.S. 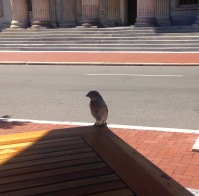 A sparrow joins us

Replica of the Rising Sun Chair

We watch a movie,

the wife behind the great man,

though she’s really greater than

she says she is “a kingmaker,”

but more than that—

that show the complexity

the basis of government, too,

and I think of the before

when we had a king

and bid him adieu

and now the one

who longs to be king

Will we let the kingmakers

Well, as the foot-tapping

musical notes, “history has its

and perhaps what we need

is a nuanced performance.

Though the choice seems simple—

do what you need to do.

Do not believe the lies.

Do not support the liars.

Let’s not go back to before

when I did not have a voice,

when women did not have a choice,

when people I love could not love,

when people I admire could not vote—

But ask the star

how it dazzles and

We are prisoners of time,

Once there were two maple trees, but now they are gone. . .

yet life goes on.

We visited the Museum of the American Revolution. Saw the movie, The Wife. Trailer here.

Here is Marin Mazzie, who died last week, singing, “Back to Before.”

Was the mockingbird mocking me

as he sang so urgently in the tree?

I awakened from a dream

taunted by a world in change

everything upside down and rearranged

hearing new music in the air

the sound of marching feet,

the sound of hate and guns and bombs

the constant hum of waves, their roar

as islands sink beneath the sea

perhaps the mockingbird sings a ragtime rhythm of nevermore

and the world weeps for what’s now in store–

yet, as I turn from song back to sleep

and wonder what the day will reap–

both dawn and dusk share radiant color and diffused light

but we must determine which we want, and what is right

if the sun will rise or set hereafter

on the sound of birds and bees and laughter

Another much-needed poetry break. I was awakened by a mockingbird last night and listened to it sing. Then I read the news and listened to a bit of Ragtime in the car this morning (gym break!). So, this is what happened.