“This will be our reply to violence: to make music more intensely, more beautifully, more devotedly than ever before.”

–Leonard Bernstein (In reference to a concert played after JFK’s assassination.)

“I also believe, along with Keats, that the Poetry of Earth is never dead, as long as Spring succeeds Winter. . .”

The Queen of Soul with last breath sighs

a cappella respect and pink Cadillacs lay her to rest

and when the war hero dies, tributes attest

to his heroism, morality, beliefs that belie

his tweeting calls, unlike the birds

who in dawn chorus sing

and bring the poetry of earth alive

a tribute for what would have been his hundredth year

his father wanted him to be a rabbi, but didn’t stand

in his way, when music was what he held so dear

–but he was a rabbi of a sort, teaching with sound

to bring the poetry of earth to light–

his reply to violence was not silence,

but rather let the music swell intensely, delight

in life, for all of us, poetry of earth and air 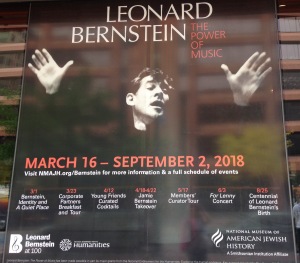 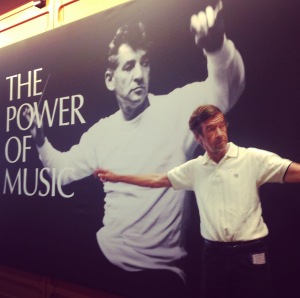 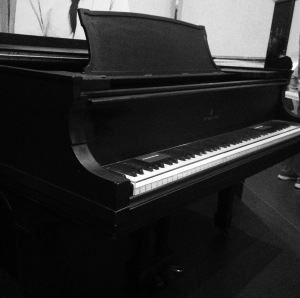 We see a movie about a boy and his brothers

violence and love, we and us, a trio till it’s not–

they run wild, as mother and father

and family, all of them caught

a cycle, repeating what they’ve learned

yelling and silence, kisses and slaps

and so, he seeks solace in art, turns

to his frantic scribbling, wraps

his pain and questioning in late night visions

there’s poetry in this dreamy work

and even in the light, the darkness lurks

the poetry of earth means changes are sung

but his mother whispers

(may you stay forever young).

We stroll through the city

that also ages and changes,

we see ugly and pretty

poverty and wealth, such ranges

and though fall is coming,

the poetry of earth ever humming

through violence, love finds a way

we see weddings, people who are happy

and we smile with them as we walk

about this and that

and in end of summer heat

(we’ll do the best we know

and make our garden grow).

Song lyrics: “My Country ‘Tis of Thee,” which Aretha Franklin sang at Barack Obama’s inauguration. Leonard Bernstein references to “Tonight” and “Somewhere” from West Side Story and “Make Our Garden Grow” from Candide. “May You Stay Forever Young,” Bob Dylan.

We went to the Leonard Bernstein exhibit on its last day at the National Museum of American Jewish History in Philadelphia. I didn’t know he had performed at a displaced persons camp after WWII. He conducted an orchestra that called themselves the Ex-Concentration Camp Orchestra. You can read about it here and here. We saw We the Animals. Trailer here. I really liked this movie.  We watched the old Twilight Zone episode “He’s Alive.” It was written in the 1960s, but it is a timely reminder about what could be.